The 42nd Edition of Yachting Festival will orchestrate this event by moving more than 100 sailing boats, monohulls and multihulls to Port Canto to host the largest in-water exhibition in the world of new sailboats. The Vieux Port location in Cannes will be specifically designated to an exhibition of over 400 motorboats.

Britain’s biggest and best festival of boating showcases a plethora of beautifully designed boats and products from over 600 global marine brands, powered by Borrow a Boat in Mayflower Park. From kayaks to catamarans, SUPS to Superyachts, there’s a boat for everyone.

The 20th anniversary of Les Voiles de Saint-Tropez is the main event for the Société Nautique de Saint-Tropez and it’s set to appeal to Both enthusiasts and the general public. Hosting over 300 classic and modern boats, everyone is also looking forward a series of coastal races competing for the BMW Trophy.

The annual boat show will be hosted at the Bahia Mar Yachting Centre to display products like industry’s latest boats and yachts of all sizes, worldwide debuts, plus a medley of marine products and accessories to enhance the nautical lifestyle. Around 1,200 boats will be on display across seven different show locations in Florida, transforming the city into a hive of on-the-water activity. 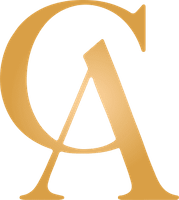 Contact us today and we will provide you with a quote and profiles within 48 hours. We look forward to assisting your luxury brand soon. 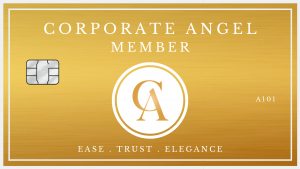 This website uses cookies to improve your experience while you navigate through the website. Out of these, the cookies that are categorized as necessary are stored on your browser as they are essential for the working of basic functionalities of the website. We also use third-party cookies that help us analyze and understand how you use this website. These cookies will be stored in your browser only with your consent. You also have the option to opt-out of these cookies. But opting out of some of these cookies may affect your browsing experience.
Necessary Always Enabled
Necessary cookies are absolutely essential for the website to function properly. This category only includes cookies that ensures basic functionalities and security features of the website. These cookies do not store any personal information.
Non-necessary
Any cookies that may not be particularly necessary for the website to function and is used specifically to collect user personal data via analytics, ads, other embedded contents are termed as non-necessary cookies. It is mandatory to procure user consent prior to running these cookies on your website.
SAVE & ACCEPT

We are a Covid-19 safe agency - our staff are trained on social distancing and health and safety at events and exhibitions.