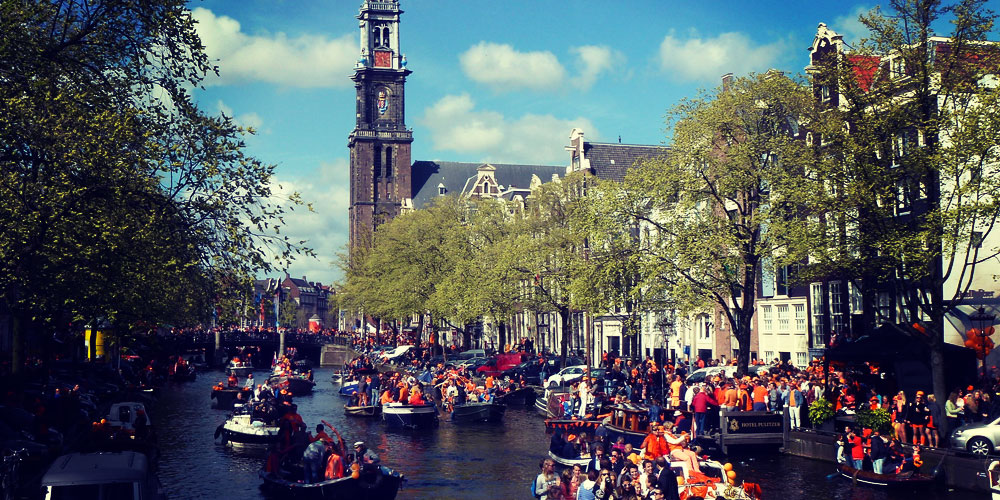 Koningsdag or King’s Day is a national holiday in the Kingdom of the Netherlands. Celebrated on 27 April (26 April if the 27th is a Sunday), the date marks the birth of King Willem-Alexander. Until the abdication of Queen Beatrix in 2013, the holiday was known as Koninginnedag or Queen’s Day and was celebrated on 30 April.

Koningsdag sees large-scale celebrations, with many concerts and special events in public spaces, particularly in Amsterdam. An outdoor concert is held on Amsterdam’s Museumplein, where as many as 800,000 people may gather.

Those taking part in Koningsdag commonly dye their hair orange or wear orange clothing in honour of the House of Orange-Nassau, which rules over the Netherlands. Orange-coloured drinks are also popular. This colour choice is sometimes dubbed “orange madness”, or in Dutch, oranjegekte.

This website uses cookies to improve your experience while you navigate through the website. Out of these, the cookies that are categorized as necessary are stored on your browser as they are essential for the working of basic functionalities of the website. We also use third-party cookies that help us analyze and understand how you use this website. These cookies will be stored in your browser only with your consent. You also have the option to opt-out of these cookies. But opting out of some of these cookies may affect your browsing experience.
Necessary Always Enabled
Necessary cookies are absolutely essential for the website to function properly. This category only includes cookies that ensures basic functionalities and security features of the website. These cookies do not store any personal information.
Non-necessary
Any cookies that may not be particularly necessary for the website to function and is used specifically to collect user personal data via analytics, ads, other embedded contents are termed as non-necessary cookies. It is mandatory to procure user consent prior to running these cookies on your website.
SAVE & ACCEPT